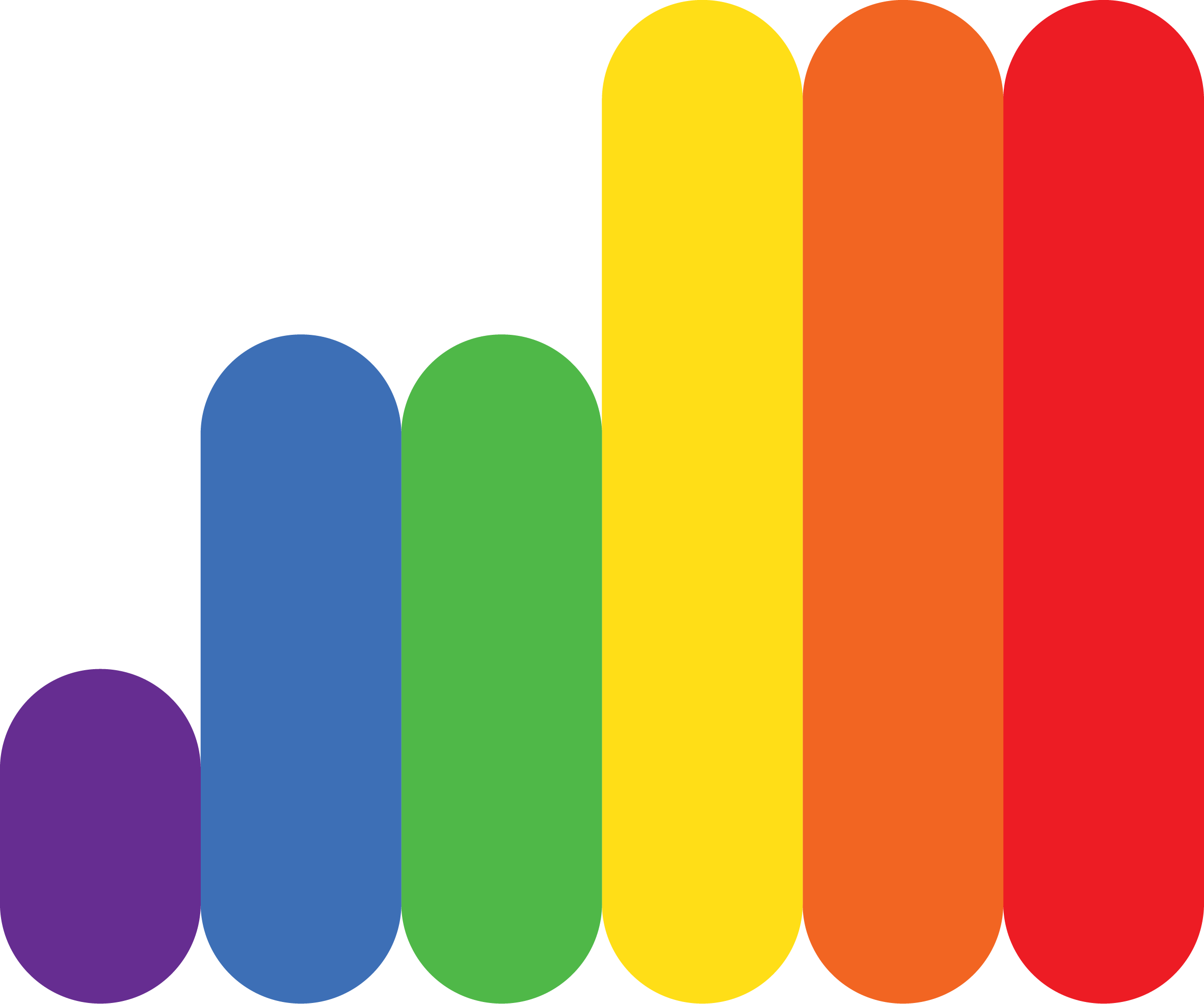 Money makes the world go round. But giving to LGBTIQ+ organisations is grossly underrepresented in global philanthropy, government grants, and individual donations.

Here are some organisations changing this narrative that you can apply to:

The Rainbow International Fund will send out calls for grant applications at specific times of the year to encourage LGBT human rights defenders/activists and organisations advocating for the human rights of LGBTIQ+ people to apply. We will also invite grant applications from LGBT rights defenders and organisations proactively identified by the steering committee. Eligibility: Organisations working with a yearly budget of not more than £100,000  Pounds Sterling, 6 months of activism and a fiscal sponsor.

Astraea supports lesbian, trans, intersex and LGBTQI groups that promote racial, economic, and gender justice. They work with organisers that are mobilising communities to challenge oppression and claim rights. They strengthen LGBTQI groups by providing flexible general support grants ranging from $5,000 to $30,000 per year. Eligibility: groups in the United States, primarily led by LGBTQI people of colour, and groups across the globe.

Application by invitation only.

The purpose of SRT is to promote the values and principles of human rights, equality and the rule of law, and to preserve nature from further degradation. The Trust has a particular interest in the following overlapping regions and countries: Europe: particularly the Balkans and Central and Eastern Europe, the former Soviet Union, Lebanon and Turkey in the Eastern Mediterranean, Egypt, Morocco and Tunisia in North Africa and Kenya, South Africa and Zimbabwe in Sub-Saharan Africa. Eligibility: by invitation only.

PlanetRomeo Foundation provides funding up to € 5,000 to grassroots emerging LGBTI projects and initiatives. Support focuses on achieving societal change in order to improve the position of LGBTI people throughout the world, with an emphasis on the most disadvantaged regions and communities. Focus is also on mobilising and activating the LGBTI community in those challenging contexts.

The Strategic grants support sexual and reproductive health and rights (SRHR) activism at a global or regional level to ensure this activism is coordinated with and represents the grassroots. Eligibility: the annual value of a Strategic grant cannot exceed 50% of the organisation’s average annual expenditure over the past three years.

Horizons' Global Faith and Equality Fund is currently focused on supporting efforts to stem the exportation of religious-based homophobia from the United States to Africa, Latin America, and the Caribbean. The fund also resources work to amplify progressive and LGBTQ-accepting Christian voices. Invitation only.

Grant-making strategies are designed to support the entire ecosystem of transformative movements by following the lead of marginalised women, girls, and LGBTQI people who catalyse change every day in their communities and countries. We seek to develop a cohort of long-term grantee partners that work at the intersections of multiple issues. Grants are made to local, national, regional, and global organisations and networks that advance the rights of women, girls, and LGBTQI people with an emphasis on Francophone West Africa, Mesoamerica, South and Southeast Asia, and the US Southeast. We also make a small number of grants in New York City.

The Fund for Global Human Rights supports LGBTQ people as they push for protections against violence and discrimination in accessing essential resources, while striving for social, economic and political equality. The Fund backs LGBTQ-focused organisations in every region where we work, amplifying the voices of brave activists who seek equal treatment and opportunities as humans and citizens. In several countries, we were the first to support these groups.

Global Fund for Women provides three types of grants: general support grants, travel and event organisng grants, and crisis grants. Eligibility: be based in a country outside the United States, have a primary focus on advancing women’s equality and human rights, with these goals clearly reflected in its activities and be a group of women, girls, or trans people working together.

Mama Cash supports groups and initiatives that work from a feminist and/or women's rights perspective, are self-led by the women, girls, trans people and/or intersex they serve, have the promotion of women’s, girls’, trans people and/or intersex people’s human rights as their primary mission, and not just as the focus of part of their programmes, push for structural and fundamental change, focus on issues that are under-addressed and/or contested.

The European Endowment for Democracy (EED) is an independent, grant-making organisation that supports people striving for democracy in the European Neighbourhood - the Eastern Partnership, Middle East and North Africa, the Western Balkans and beyond.

Alert believes that everyone should be treated equally, offered equal chances and not be discriminated against in society. Alert therefore supports projects and actions which contribute to the emancipation of women, LGBTQIA+, and fight against racism.

The Calamus Foundation awards grants to qualifying charitable organisations for programs and activities that focus on services to the LGBT community that promote and support its formation, growth, identity, general well-being and social and legal rights, as well as programs and activities that focus on care and support services to individuals with HIV/AIDS.

When young women, girls, and trans and intersex youth come together, they can create lasting transformative change. FRIDA partners with young and emerging feminist led organisations to support help them making the most impact on their communities possible. The groups we support are dismantling patriarchy, addressing human rights violations, and overturning inequalities and co-creating new feminist realities.

MADRE funds community-based women's organisations to meet urgent needs and achieve their long-term goals. Our grants enable life-sustaining and community-changing interventions and are sometimes the sole source of financial support in the places where we work.

Register your organisation on GiveOUT's platform to get funding from their annual dedicated LGBTIQ+ day of giving. Eligibility: An Australian Business Number and Not-for-profit status.

Grants provided through the Program will assist community organisations, tertiary institutions and local government to increase the number of Tasmanians who are accepting of diversity, improve resilience and capacity in the LGBTIQ+ community, foster inclusion, respect and dignity for LGBTIQ+ Tasmanians, and enhance access to services and increase participation for LGBTIQ+ Tasmanians.

GLOBE has a long and proud tradition of providing financial support to individuals, groups and organisations in the Victorian LGBTI community by the GLOBE Community Grants and more recently the GLOBE Small Business Grants and the GLOBE Scholarships.

Pride Foundation Australia offers both Major Grants and Small Grants (up to $500), each with specific eligibility and criteria. Eligibility: DGR-1 status.

Funding is available to address the additional needs of LGBT+ people and communities most adversely impacted by the Covid-19 pandemic and to support and strengthen LGBT+ organisations that have been impacted by the Covid-19 pandemic. Eligibility: Any UK based non-profit group, organisation or project that works with Lesbian, Gay, Bisexual and Trans + (LGBT+) people is welcome to apply.

The Hirschfeld-Eddy-Foundation provides concrete assistance, through international networking and cooperation with partner organisations in the global South and Eastern Europe, for lesbian, gay, bisexual, transgender and intersexual (LGBTI) people under threat.

ILGA-Europe act as an intermediary, administrating and distributing money received from a large funder to a number of other organisations. Indeed, ILGA-Europe has substantial experience in giving small grants to LGBTI organisations across Europe through our Documentation and Advocacy Fund, as well as through other re-granting programmes.

This programme supports locally based civil society in sub-Saharan Africa to address discrimination and disadvantage based on gender, sexual orientation or gender identity.

The Other Foundation is an African trust that advances equality and freedom in southern Africa with a particular focus on sexual orientation and gender identity. It gathers support to defend and advance the human rights and social inclusion of homosexual and bisexual women and men, as well as transgender and intersex people in southern Africa – and it gives support to groups in a smart way that enables them to work effectively for lasting change, recognising the particular dynamics of race, poverty and inequality, sex, national origin, heritage, and politics in our part of the world. It does this by working both as a fundraiser and a grant maker.

UHAI EASHRI is a flexible fund that resources organising by sexual and gender minorities and sex workers. We encourage concepts and ideas that will advance these movements with outcomes whose impact will be felt long after the grant has ended. Startups and established organisations are encouraged to apply.

The B.W. Bastian Foundation only supports organisations who wholeheartedly embrace the principle of equality. As such, each organization must include a statement specifically stating their commitment of equality for all Americans, including the gay and lesbian community in their application.

All organisations must have a 501(c)(3) IRS designation and provide equal rights & protections for all LGBT people.

The Gamma Mu Foundation awards grants and scholarships to the LGBT community focusing on rural and other underserved populations across the United States.

Know of others that aren't included here? Let us know.